Money donated by Stanhope Community Chest, a Moat funding scheme, has given Lantern House residents the skills to plant, grow and cook their own food. 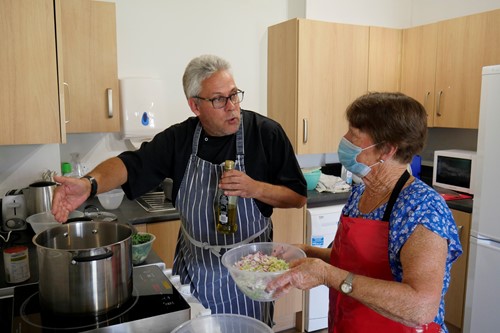 Jason, Community Chef from Sheppey Matters, was funded to run a four-week cookery course with residents. Over the four weeks he guided residents to make dishes from scratch teaching them everything from food hygiene and kitchen safety to preparation techniques. Each week he provided an A4 step-by-step recipe, in-depth demonstrations and hands on support to help residents develop their skills. The four-week menu included chilli con carne, chicken curry, meatballs and minestrone soup. 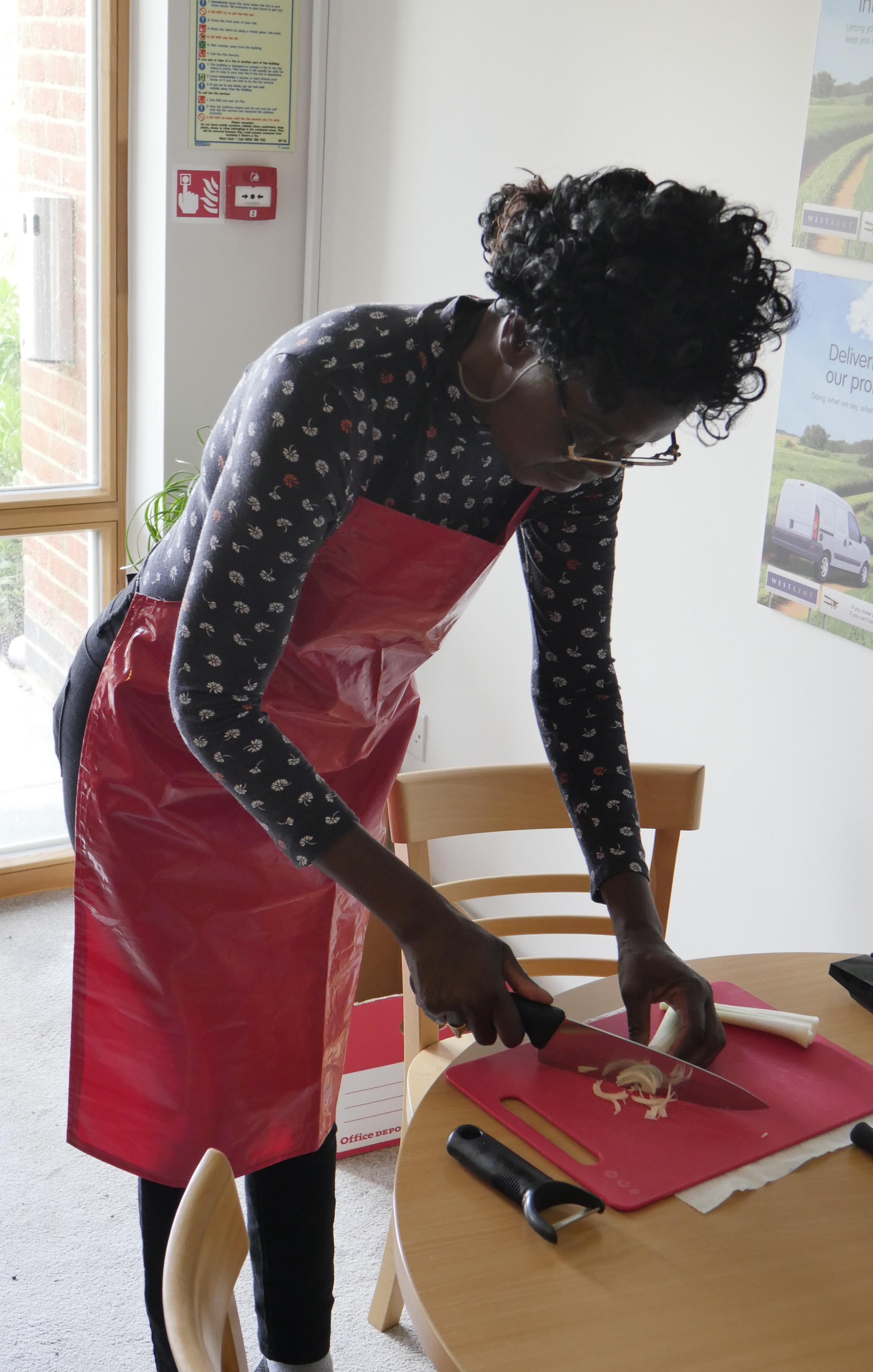 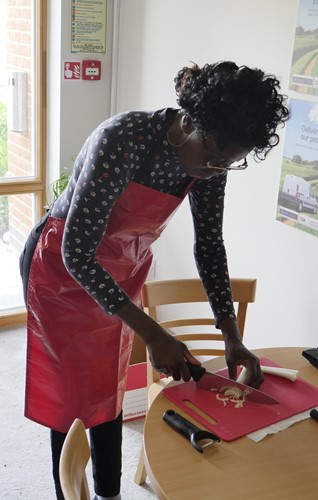 Jason has provided residents with top tips like the best way to cut an onion, so it doesn’t make your eyes sting, how to chop foods without endangering your fingers and the best cooking times and temperatures.

He told us, “It’s been so nice to get back to seeing people face to face and helping people make food from scratch as opposed to buying it ready made from the supermarket”. 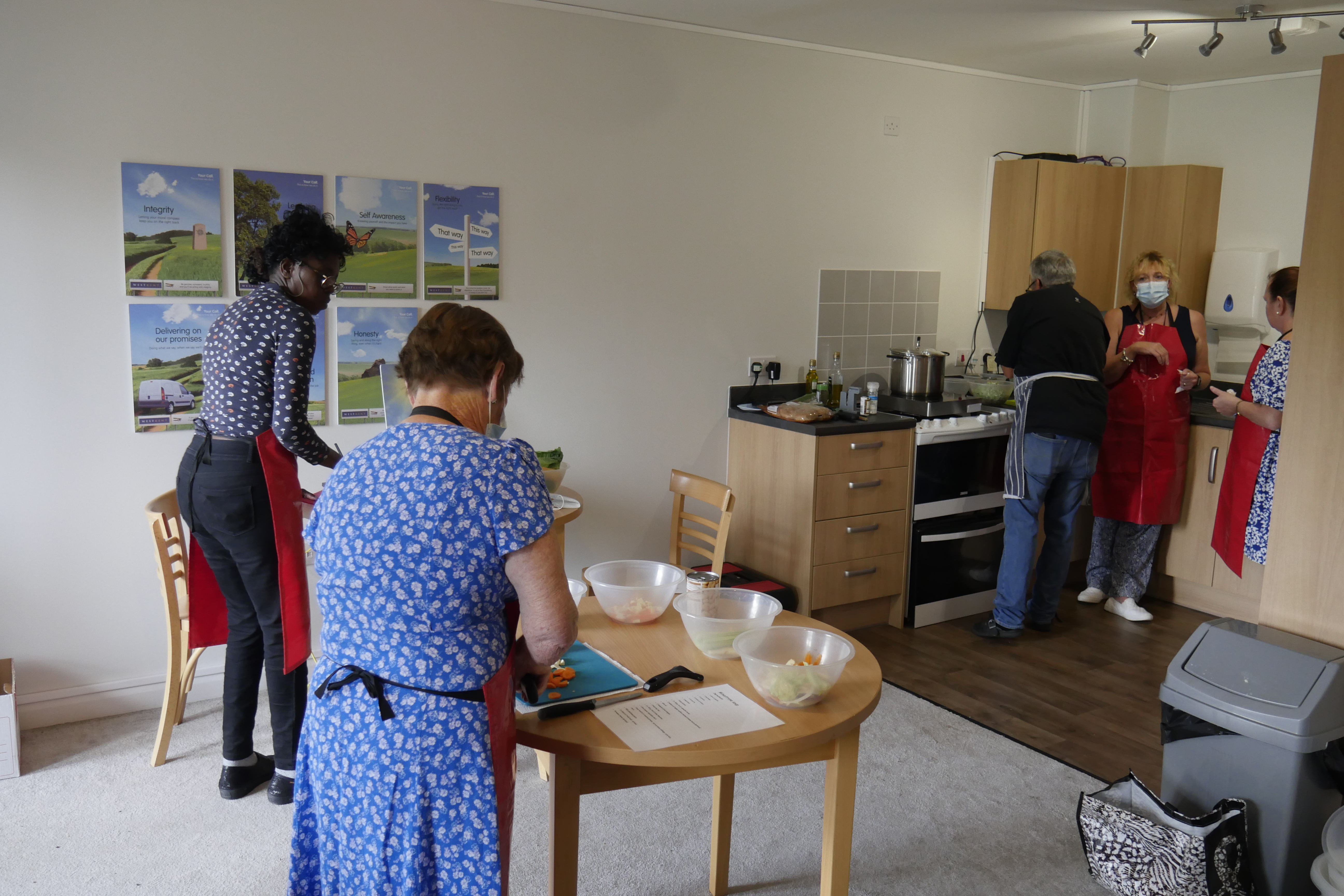 Julianne, one of the residents that took part, attended three

out of the four sessions and said, “I’ve really enjoyed learning how to make new dishes and I’ve loved being able to socialise with people again. I’ve really missed that!”.

The generous funding also enabled Hands of Hope, a local charity, to support residents to take part in a gardening course, to extend their new culinary skills to prepare food they grow themselves. With just 10 flats at Lantern House, outdoor space is limited, but residents agreed that one of the raised beds in the communal garden could be used for growing pumpkins, that would later take centre stage in residents’ recipes. Residents were involved in the planting and care of the pumpkins while they grew, making sure they are watered and had enough light. Carol, Scheme Manager, told us how much residents appreciated being able to put their new skills into practice; 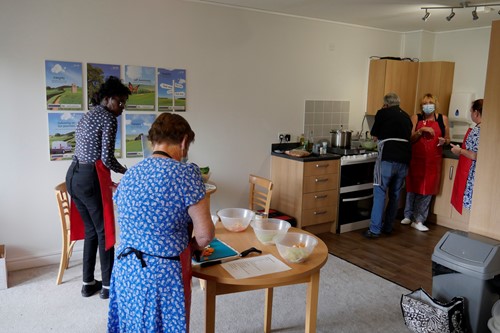 “They’re easy to grow and the residents wanted to try making pumpkin soup, something very few of them have tried before. Jason has given us a great recipe, so the residents are able to use their skills and share a home cooked meal! The residents are looking forward to working with Hands of Hope to grow more fruit and vegetables.”

The Anderson Group has won an award at the First Time Buyer Awards 2021 for the development at Oare Lakes, created in partnership with West Kent.

Worried about the end of furlough?

With the furlough scheme ending at the end of September, we know people might be worried about the future.